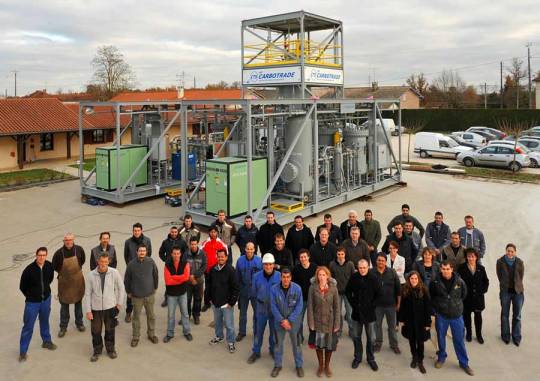 The Gerbaud Group is the result of over 40 years in the field of fruit preservation and gas management, since the first company, Gerbaud Isolation, was created by Gilbert Gerbaud in 1976.

Today the group manufactures and markets complex, innovative solutions for insulation, gas treatment and atmosphere management to meet the needs of industrials in a number of fields.

These solutions are designed in a “customised" approach and are “made in France", designed and manufactured entirely in our factory in the South West of France, using components from France and Europe.

For more than 30 years, ABSOGER has been developing its expertise in fruit preservation, wine production, and industrial and oil applications.

Among ABSOGER’s biggest references in France are the Grand Chais de France in the wine industry, Stanor (Blue Whale) for the storage of over 55,000 tonnes of apples and the CAVAC Cooperative in seed processing.

We have also carried out remarkable projects abroad, such as Concha y Toro in Chile in the wine industry, Chevron Indonesia in the oil industry, Arcelormittal in Egypt in the industrial sector (laser cutting), Técnicas Reunidas in Algeria in the gas sector, and the Louvre Museum in Abu Dhabi, for the transport and maintenance of works of art. 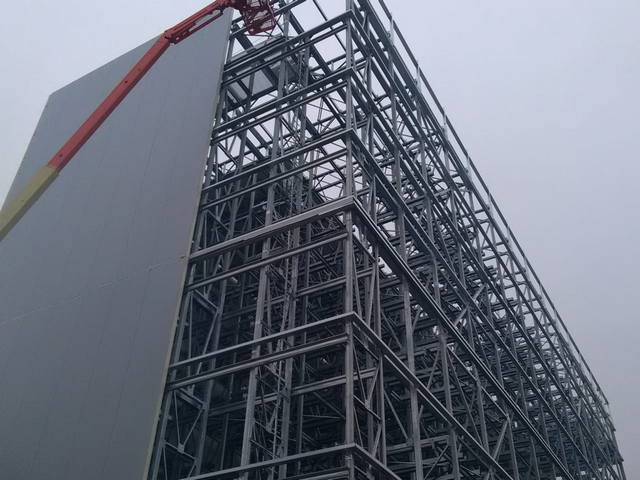 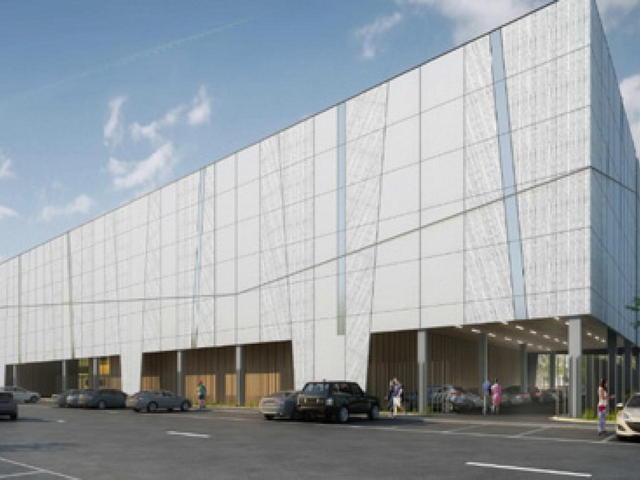 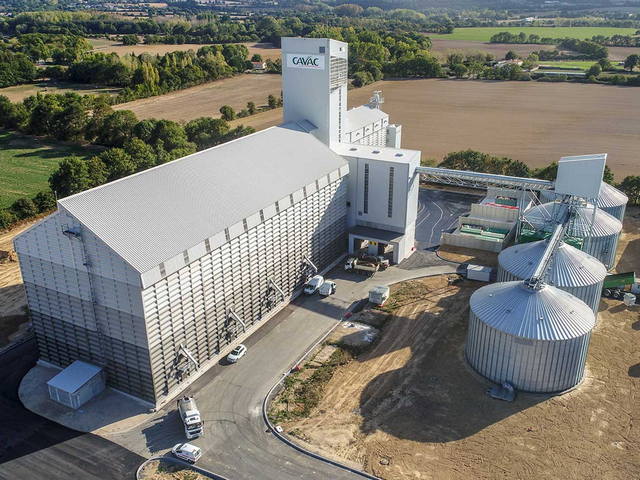 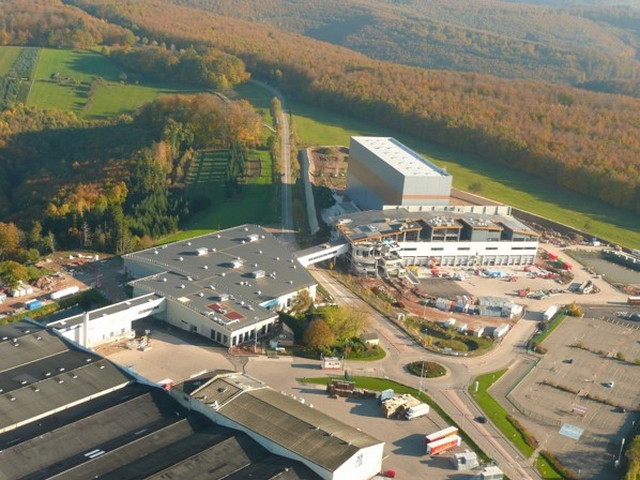 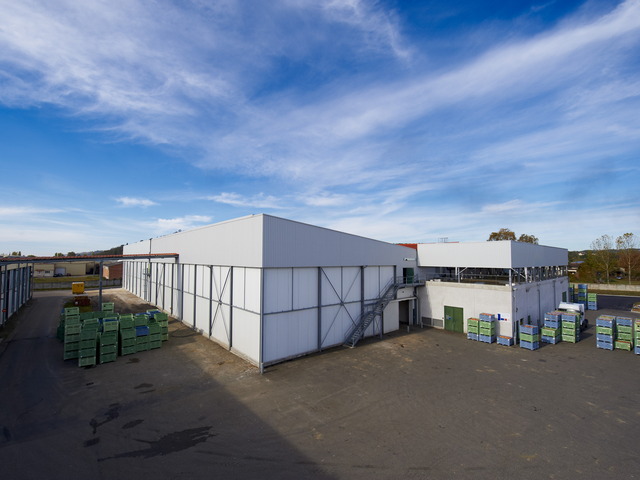 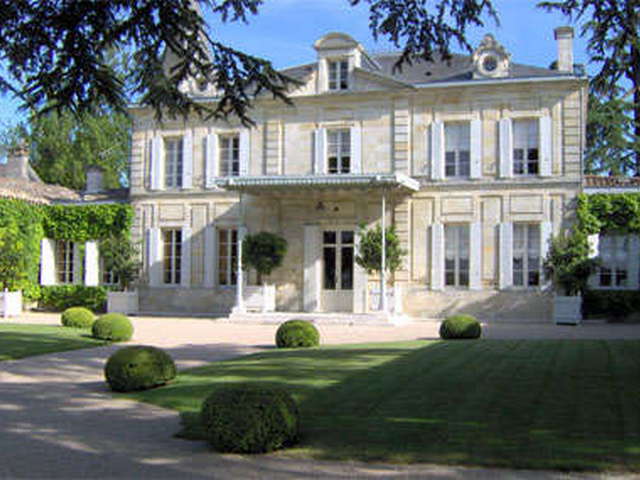 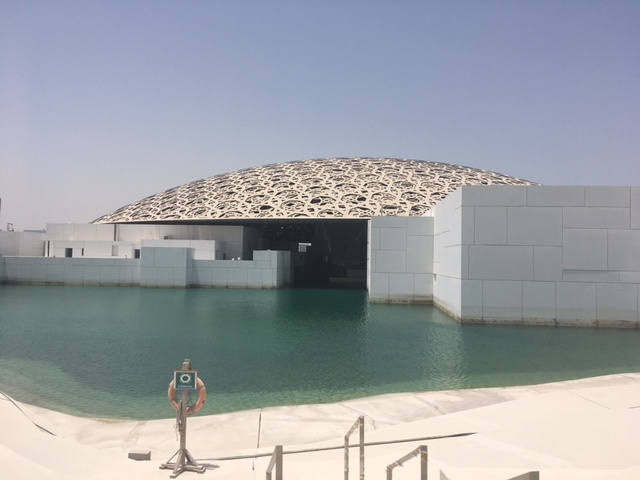 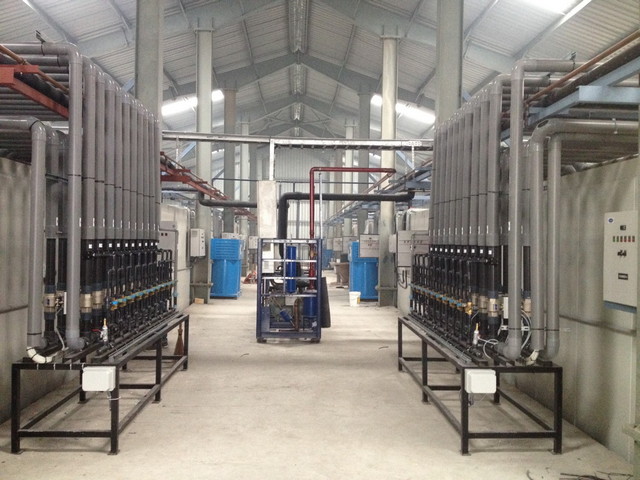 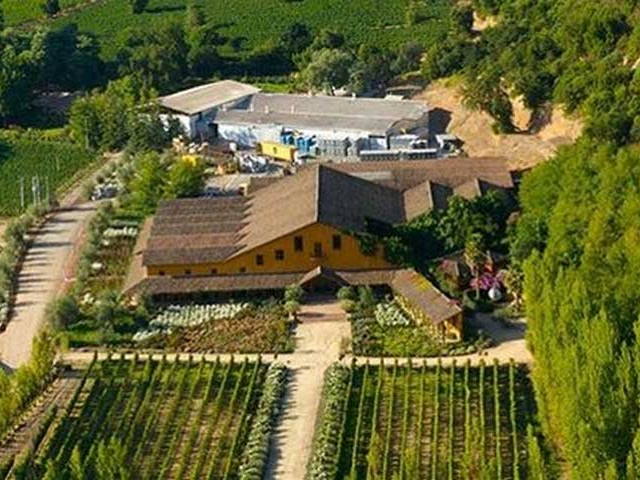 Since its inception, ABSOGER has been working closely with the main agricultural research centres in France, in a continuous innovation process.

The collaboration has come to fruition through numerous public and private partnerships (link to partnership page) with institutions such as the CTIFL (Centre Technique Interprofessionnel des Fruits et Légumes, or Interprofessional Technical Centre for Fuit and Vegetables), the Station d'expérimentation de la Morinière and the Ecole Nationale Supérieure de Formation de l'Enseignement Agricole (INP- ENSFEA) among others.

ABSOGER also has its own experimental chambers, where a large number of tests are carried out every season in order to remain at the cutting edge of technology and put innovation into action.

Today, ABSOGER stands out as a competent, responsive team that takes into account its clients' issues and which has acquired undeniable experience over the years in the various fields of application to support companies and institutions.

The history of the Gerbaud Group

Mr. Antoine Gerbaud started his activity as a wheelwright, a craftsman specialising in wood and metal. The foundations of the company were laid. 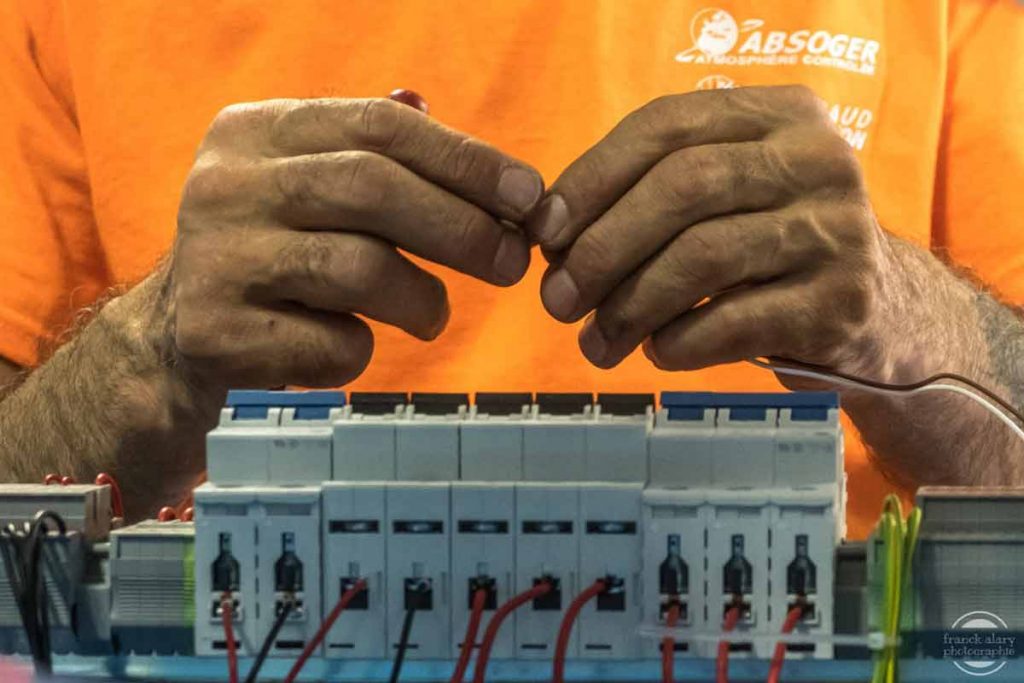 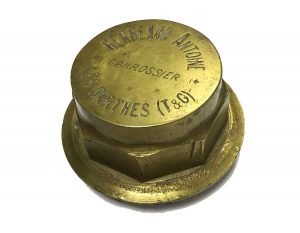 GERBAUD ISOLATION was created by Gilbert Gerbaud and Lucienne Gerbaud: dedicated to the design and production of composite parts for the fruit industry, followed by the construction of cold rooms.

The ABSOGER company was created by Lucienne and Gilbert Gerbaud: dedicated to the development and manufacture of controlled atmosphere equipment for fruit and vegetables.

As a result of a collaboration between the managers of German company Carbotech (Kamel Boustany) and Absoger (Gilbert Gerbaud), the first nitrogen generators with new PSA technology (Pressure Swing Adsorption) were manufactured, increasing efficiency.

The CARBOTRADE company was created in partnership with Carbotech Service International: dedicated to the development of nitrogen generators for the industrial sector and Oil & Gas industry for applications such as oil platforms, the wine industry, the agri-food industry, metallurgy and others. 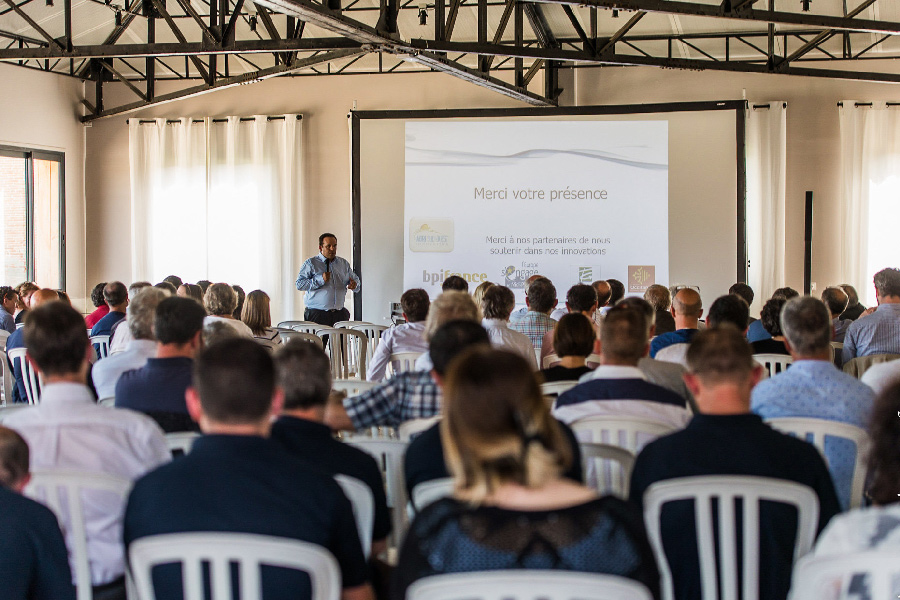 The success of the Chevron Indonesia Project consolidated the company's expertise in the Oil & Gas industry.

The Nitrogen Generator, based on PSA technology, was made up of two identical trains with a production capacity of 106 Nm3/h of 99.99% pure nitrogen.

The Nitrogen Generator Range was developed: GA 20 to GA 150 manufactured for the industrial field. 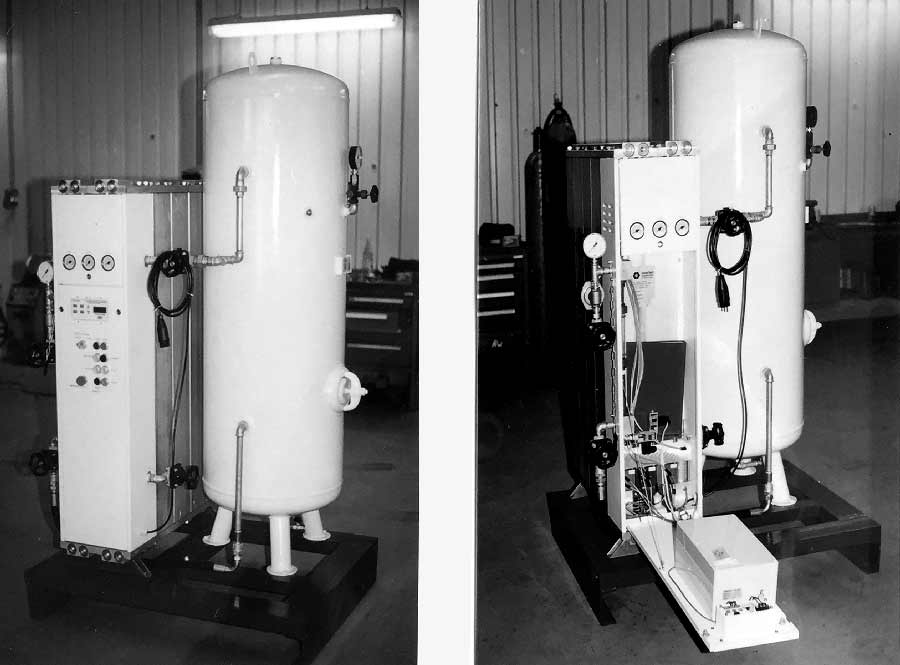 The management of the company was taken over by Lucienne and Sylvain GERBAUD following the death of its founder, Gilbert Gerbaud. 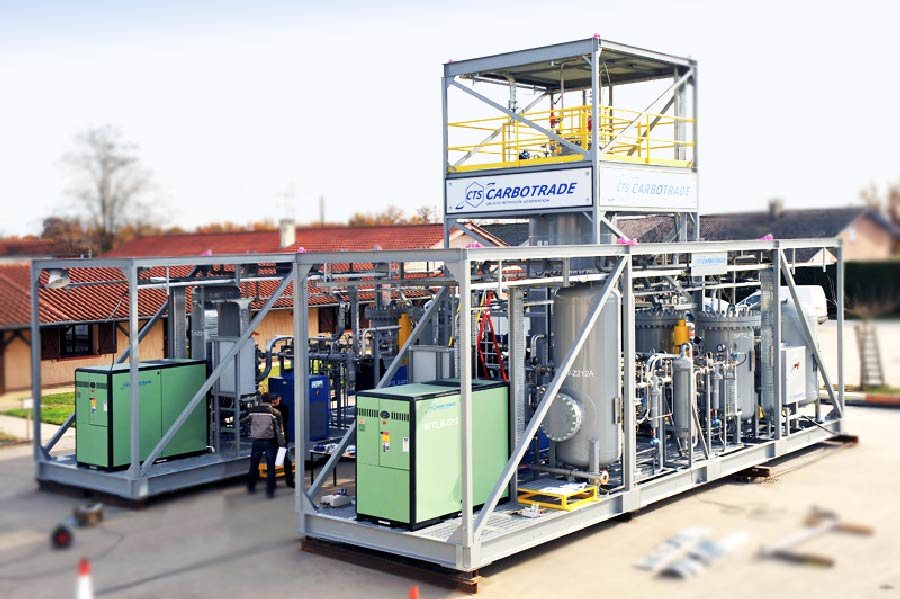 After working on company consolidation and structuring, and working on upgrading process quality, ABSOGER was ISO-9001 certified.

ABSOGER and CARBOTRADE merged to create the Carbotrade brand for on-site nitrogen generation for industrial applications.

ABSOGER celebrated the 30th anniversary of its inception in the presence of long-standing key clients and regional authorities. 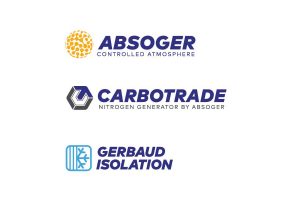 The Gerbaud Group holding company was created as a result of the consolidation of each company, aimed at structuring the resources of each entity and reorganising overall management. 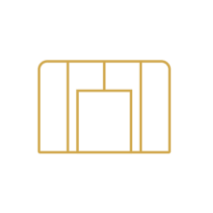 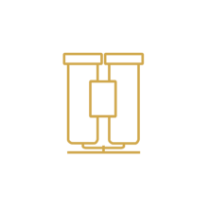 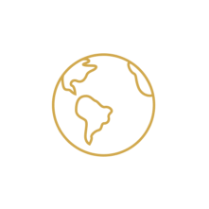 The Gerbaud Group in the world

ABSOGER started developing its activity very locally in Tarn et Garonne, one of the richest agricultural areas in France, specialising in apple growing. Over the years, the managers developed the business internationally to meet the needs of growing markets: preserving fruit in a controlled atmosphere and generating nitrogen on site.

Today, the company's challenge is to extend its expertise to other countries facing the same issues as French farmers and industrials. Since 2001, the company has developed internationally. The company sells its products in over 40 countries and exports account for 40% of its turnover.

Following the implementation of a facility in China in 2006, the group's efforts are now expanding into the southern hemisphere, in countries such as Chile, Argentina, New Zealand and Australia, which are major players in the production of kiwifruit and apples, as well as wine. 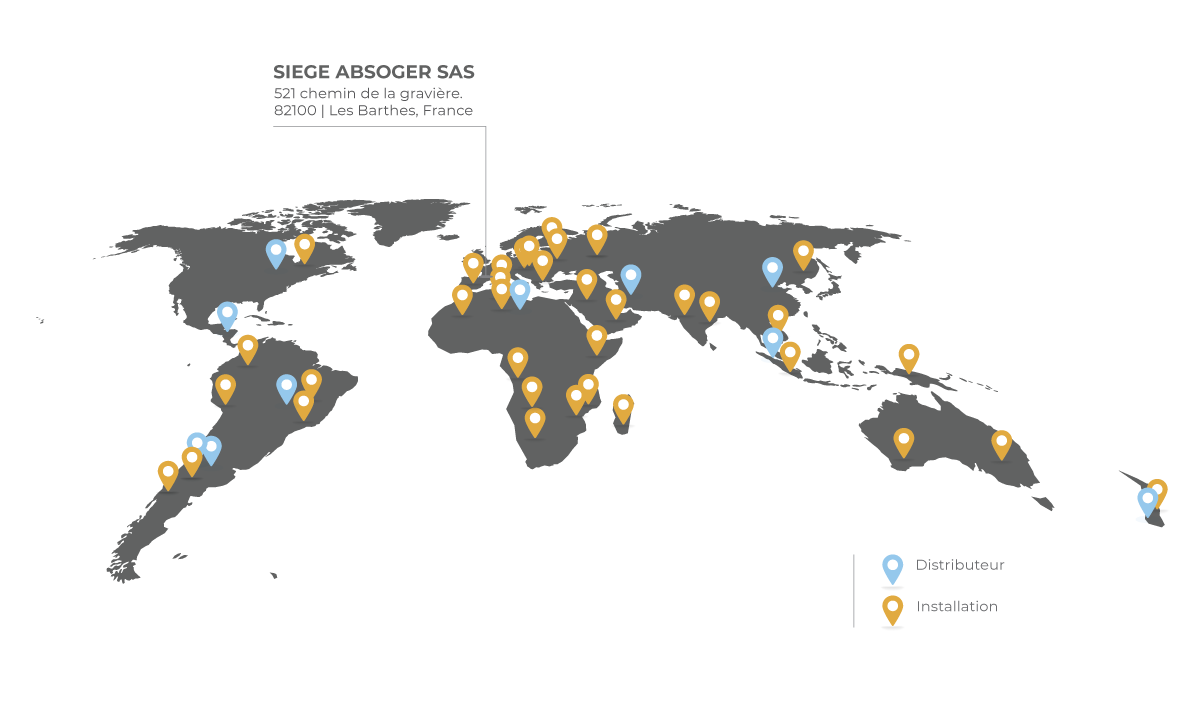 In addition to its activity, ABSOGER as a company is firmly rooted in the Tarn-et-Garonne region. It contributes to the economic and social life of the region and is involved in various associations and organisations.

It also sponsors the French Gliding Championship and the Union Sportive Montalbanaise.